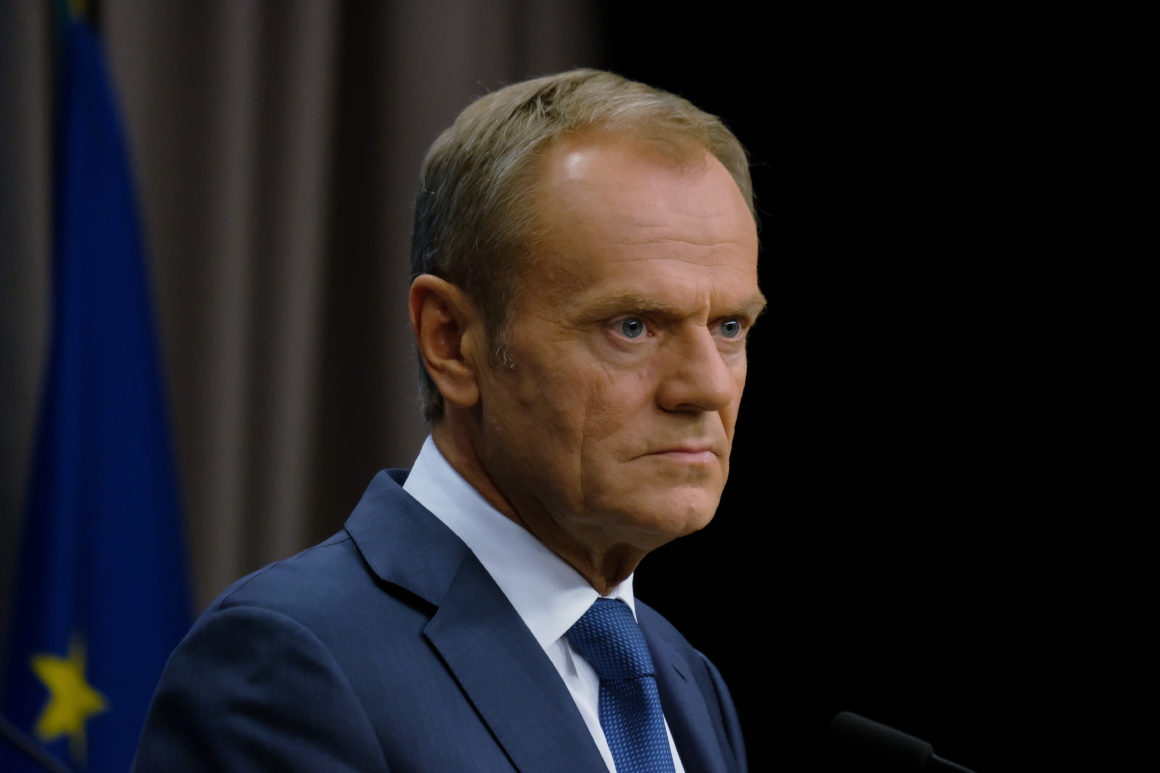 BRUSSELS, BELGIUM – OCTOBER 18: European Council President Donald Tusk speaks to the media at the conclusion of a two-day summit of European Union leaders on October 18, 2019 in Brussels, Belgium. The day before EU and UK negotiators announced an agreement on the United Kingdom’s departure from the European Union. Leaders of the EU countries are also meeting to discuss the EU’s long-term budget, the strategic agenda and Climate. (Photo by Sean Gallup/Getty Images)